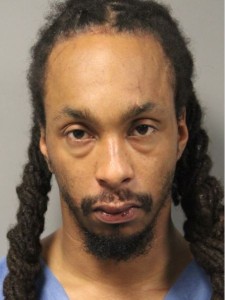 Police say around 5:13 p.m., officers responded to a car wash at 1001 White Oak Road. When officers arrived, they learned that a subject had already ran from the scene. Soon after, police received a call that a subject was attempting to break into a home on the 200 block of Eisenhower Drive.

Officers responded, and arrested 32-year-old Trevor Jenkins without incident. Jenkins had been shot in the leg. Further investigation revealed that Jenkins had been involved in a vehicle crash. Jenkins also told police he had been assaulted at White Oak Condos. Police say they did not receive any calls for shots fired during the time of the incident.

Jenkins was taken to Bayhealth Kent Campus, where he was treated for the gunshot wound, and later released. He is on home confinement, and was issued a Violation of Probation. Jenkins was taken to Sussex Correctional Institution. He is charged with DUI, three counts of second degree criminal trespass, criminal mischief, and various traffic offenses.

The shooting remains under investigation. If you have any information, you are asked to contact Dover Police at (302) 736-7130. Callers may remain anonymous. anonymous.