Parkside High School Senior Cole Bosley is talking about performing live in front of an audience. It’s a sentiment echoed by his Band Director, Spencer Koppenol.

“That feeling is indescribable, to perform in person, for an audience,” says Koppenol.

A feeling that most musicians have been missing. The Covid-19 pandemic changed the education experience for most students. As schools shut down they were learning, and playing, remotely.

“Teaching remotely is probably the most difficult thing I’ve ever done,” says Koppenol. “Having a full band class on zoom, you’re not able to perform all together with all the technology issues and audio delays and such.”

They say the changes, and that distance, took its toll.

Bosley explains, “through the pandemic, there was that whole part of not getting to play with others, that community, kind of torn a little bit.”

Koppenol continues, “because they’re so used to performing in an ensemble now and making music together, that’s how they saw themselves as successful.”

Once performances began again, they had to follow strict safety measures like distancing and limiting the number of people allowed in a room. But now Koppenol tells us the opportunity to showcase their talents face to face with an audience, with no limits, makes their 2022 Spring Concert, so much more exciting.

“It means a lot as a musician to look out on a crowd from the stage and see people there,” says Bosley.

The upcoming concert is especially important for Bosley, named Senior Director this year, who’ll get to conduct a piece in the show.

“That feeling of coming together with like-minded people and uniting, a single purpose, a single goal, is amazing,” says Bosley. “To be able to be a Director, if anything, it’s confirmed that’s it’s what I want to do the rest of my life.”

In fact, Bosley tells us he plans to pursue music education and hopes to one day establish a music program at a college or university that doesn’t currently have one. Having played for eight years now, he says his passion started at a young age.

“Funny story, I used to play tee-ball. And the year they took the tee away, I went the whole season without hitting the ball and then decided it wasn’t for me. The next year I started band and the saxiphone and I quickly found that I loved every second of it.”

Bosley says he wants music to be accessible to young minds to help them grow and develop their passion.

Koppenol relates, “When I was in Cole’s shoes in high school and I got to be Senior Director, that was my moment in music that I knew education was the path for me and that is a feeling that I chase every time I go to perform and that’s why I stick with it.” 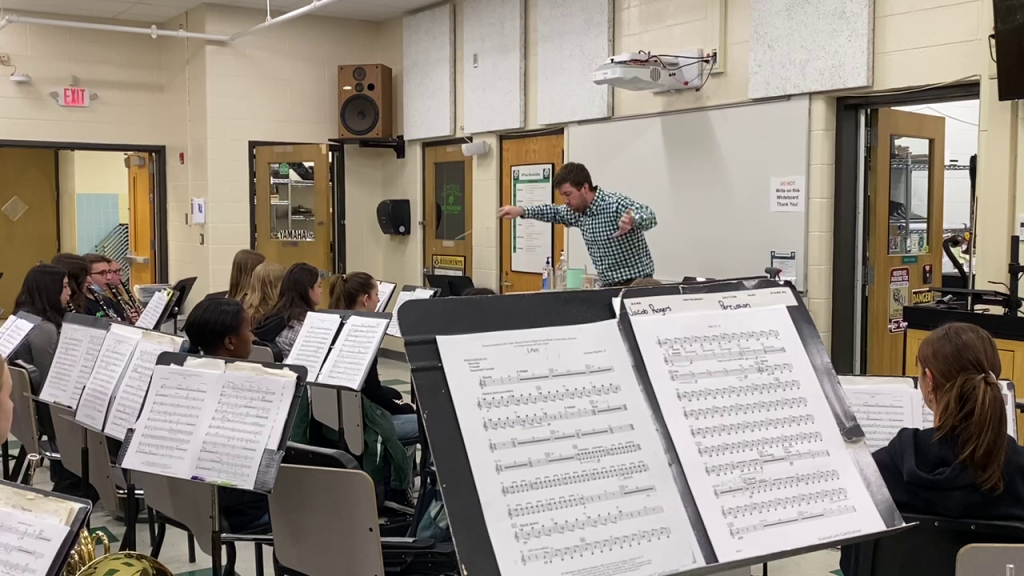 And both musicians agree, collaboration plants the seeds for growth. “Being more outgoing, being more present in front of an audience,” explains Koppenol.

“Passion is great, but when you can focus it, and use it, it’s amazing,” says Bosley.

So when the curtains go up next week, they want the audience to know it’s not just about the performers on stage.

“They’re not only performing for themselves. They want to create an emotional connection with their audience,” explains Koppenol.

“Every person in there will have a different story of what the piece means to them and it’s truly a wonderful experience to just be there, amongst live music, and let it take you where, you know, it takes you,” says Bosley.

Parkside’s symphonic band concert is on Wednesday May 18 at 7 p.m. It is at Parkside HS and is free and open to the public.

Other Wicomico County Schools have upcoming performances as well: