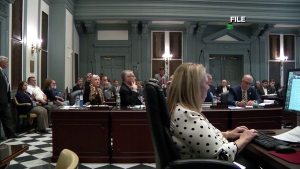 House Bill 411 would make an amendment to change the time of the end of the session from 11:59 to 5 p.m. on June 30th, which would enable the House and Senate to reconvene in the special session immediately after 5 p.m., and still preserve their privilege to meet later in the year.

Legislators say the late-night sessions have caused concern in the past, and some even say by changing the time would promote transparency and safety for community members who attend the sessions.

House bill 411 has been assigned to the House Administration Committee and is scheduled to be heard on Wednesday.