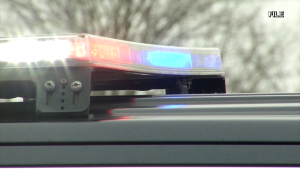 LAUREL, Del. – The victim of an April 7th shooting in Laurel has been identified as 49-year-old Frank Pavlovic.

Around 12:2 a.m. Friday, Delaware State Police were called to the 18000 block of Laurel Road for a reported shooting. When troopers arrived, they found Pavlovic in the driveway with a gunshot wound to his upper torso. Pavlovic was pronounced dead on scene.

Investigators say two subjects had been involved in an altercation with Pavlovic at his home. During that incident, police say the suspects robbed and shot Pavlovic. They then ordered a friend of Pavlovic’s to drive them away from the scene at gunpoint.

18-year-old Josiah Garrison of Denton, Md. and 21-year-old Ramon Duker of Millsboro, Del. were identified as the suspects. Around 2:20 p.m. that same day, Garrison went to Beebe Medical Center in Lewes, seeking treatment for an injury. Police say Duker accompanied Garrison to the hospital. Troopers responded and arrested the pair.