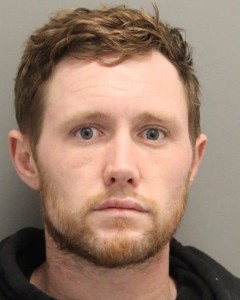 MILLSBORO, Del. – Millsboro Police are asking for the public’s help in locating a robbery suspect.

Police say on April 20th, Brandon Staats was involved in a robbery at a Starbucks in Millsboro. After stealing an undisclosed amount of cash, police say Staats fled the scene. As he was leaving, Staats reportedly rammed a bystander’s vehicle twice. Staats also dragged an employee across the parking lot for several feet with his vehicle, according to police.

Staats is wanted for second degree robbery, leaving the scene of a property collision, driving with a suspended or revoked license, and reckless driving. Anyone with information about Staats’ whereabouts is asked to contact Millsboro Police at 302-934-8174. Information can also be provided to Crime Stoppers at 1-800-TIP-3333.