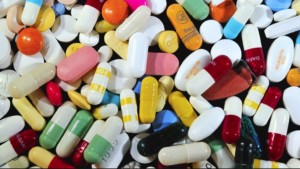 According to Green’s guilty plea, from 2018 through October 2019, he used an apartment and a storage unit in Salisbury, to sell and distribute heroin on the dark web.

Green first began running the operation under the name “CaliClaire” on the Dream Market, a dark web marketplace.

Dream Market then closed April 2019, to which Green then sold through encrypted email services under the usernames “CaliClaire” and “clairebear2.”

Green used the United States Postal Service to send Heroin to buyers, to which Maryland District Attorney said Green was in contact with up to 56 individuals.

Police then searched Green’s home and storage unit on October 16, 2019 — they recovered a total of 77 grams of heroin; about 41 grams of cocaine; approximately five grams of ecstasy,  33 grams of amphetamine and over 1.4 kilograms of marijuana.

In addition, investigators seized six firearms, including a .40 caliber pistol which was reportedly stolen from an officer with the Federal Air Marshal Service along with $13,796 in cash and another

Green will also face three years of supervised service after his sentence.