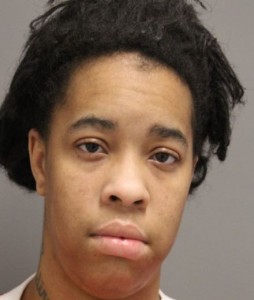 DOVER, Del. – Dover Police arrested a woman for robbery after an incident at the Kohl’s located at 299 North DuPont Highway.

Police say on Tuesday around 4:58 p.m., 33-year-old Dowanna Hutcherson was trying to flee the business with several items she did not pay for. That’s when an employee tried to Hutcherson, and she displayed a knife before leaving in a black vehicle.

Officers later found the vehicle in the parking lot of the Dover Inn on the 400 block of North DuPont Highway. A short time later, Hutcherson was arrested. She was charged with first degree robbery and possession of a deadly weapon during the commission of a felony. Hutcherson was taken to Baylor Women’s Correctional Center on $4,000 cash bond.