Home occupied by four people struck by gunfire in Dover 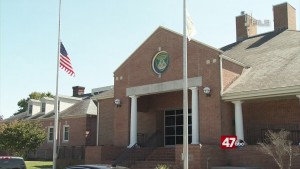 DOVER, Del. – Dover Police are investigating a shooting that left an occupied home struck by one bullet. Police say officers responded to the 100 block of Ensemble Court around 6:40 p.m. Tuesday.

When officers arrived, they found a home that had one bullet hole in it. The home had four people inside at the time of the shooting. None of those individuals were hurt. Police found multiple shell casings on Walker Road, just east of the home.

Police are asking anyone with information about the shooting to contact Dover Police Department at (302) 736-7130. Callers may remain anonymous. Tips can also be submitted through Delaware Crime Stoppers at (800) TIP-3333. A cash reward is possible for information leading to an arrest.