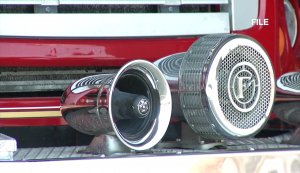 GEORGETOWN, Del. – A fire that heavily damaged a home in Georgetown is under investigation.

The Delaware Office of the State Fire Marshal says around 12:00 p.m. on January 10th, the fire broke out in a home on the 18000 block of Gravel Hill Road. When the Georgetown Fire Company arrived on scene, they found smoke and flames coming out of the single-family home. No one was inside at the time of the blaze.

Investigators say the fire was accidental, and started after an appliance malfunctioned. No firefighters were injured, but two dogs died in the fire. Damage is estimated at $250,000.

City of Milford greenlights project for upgrades to downtown park