Dover man arrested after trying to hit someone with his car 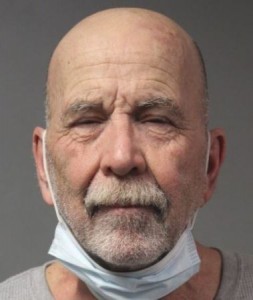 DOVER, Del. – A 68-year-old Dover man is facing multiple charges after he reportedly tried to hit someone with his car.

Police say around 7:50 a.m. Wednesday, officers were called to the area of Division Street and Kent Avenue. Scott Beck was allegedly trying to hit a 37-year-old man with the car he was driving. Beck had fled the scene before police arrived, but was spotted driving a blue truck nearby.

Officers tried to pull Beck over, but he fled. Police say Beck eventually stopped in the parking of the Super 8 Motel on North DuPont Highway and surrendered.

Beck was subsequently arrested and charged with attempted first degree assault, possession of a deadly weapon during the commission of a felony, first degree reckless endangerment, disregarding a police officer signal, breach of release, and multiple driving related offenses.

Beck was held at Sussex Correctional Institution on a $47,614 secured bond. Anyone with information about this incident is asked to contact Dover Police at 302-736-7130. Callers may remain anonymous.