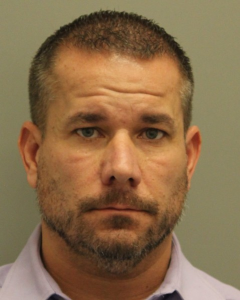 CAMDEN, Del. – A Magnolia man is facing charges after allegedly placing a tracking device on an ex-girlfriend’s vehicle.

Police say on November 9th, a female victim reported to troopers that a GPS device had fallen off her vehicle in the parking lot of a business in Harrington. The victim told police she was concerned that Talley had placed the device on her vehicle. She turned the device over to troopers, who opened a criminal investigation.

Investigators say on October 3rd, Talley drove by the victim’s residence while she had a male visitor in the home, and later contacted the victim about the visit. Police say the victim and Talley’s relationship had ended not long before that. Then, on October 10th, the victim says she saw a vehicle with its high beams on slowly drive by her home. The victim later identified the vehicle as belonging to Talley.

Talley is now facing charges for felony stalking, and misdemeanor violation of privacy. He was arraigned at Justice of the Peace Court 2 and released on a $1,500 secured bond. Talley has been ordered to have no contact with the victim.