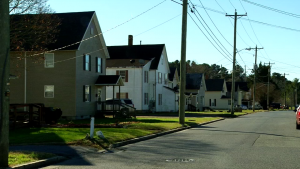 POCOMOKE, Md. – A Pocomoke man is behind bars following a domestic shooting over the weekend.

We’re told shortly before 6:30 p.m. Saturday, officers responded to the 1000 block of Clarke Avenue, learning that Skky Townsend that shot his girlfriend in the shoulder area. The girlfriend was taken to TidalHealth with non-life-threatening injuries.

Townsend reportedly refused to come out of the residence, which led to a request for assistance from the Worcester County Sheriff’s Office STAR Team, Ocean City’s Police Department’s QRT Team, and the Country Bureau of Investigations. After several hours, entry was made by law enforcement, which led to Townsend being arrested and taken into custody.

A search warrant was then executed on the residence, which resulted in the recovery of three loaded handguns and a sawed-off shotgun.

We spoke with Detective Stanley Harmon about the current status of the case. Detective Harmon states, “It’ll take a little bit, there’s a lot of paperwork involved especially when you have different weapons that you have to verify where they came from, who’s supposed to have such, and things that there’s a lot of loose ends we like to sew up before we conclude so that could take a couple of days.”

The investigation is still ongoing but no further assistance is needed from the public.