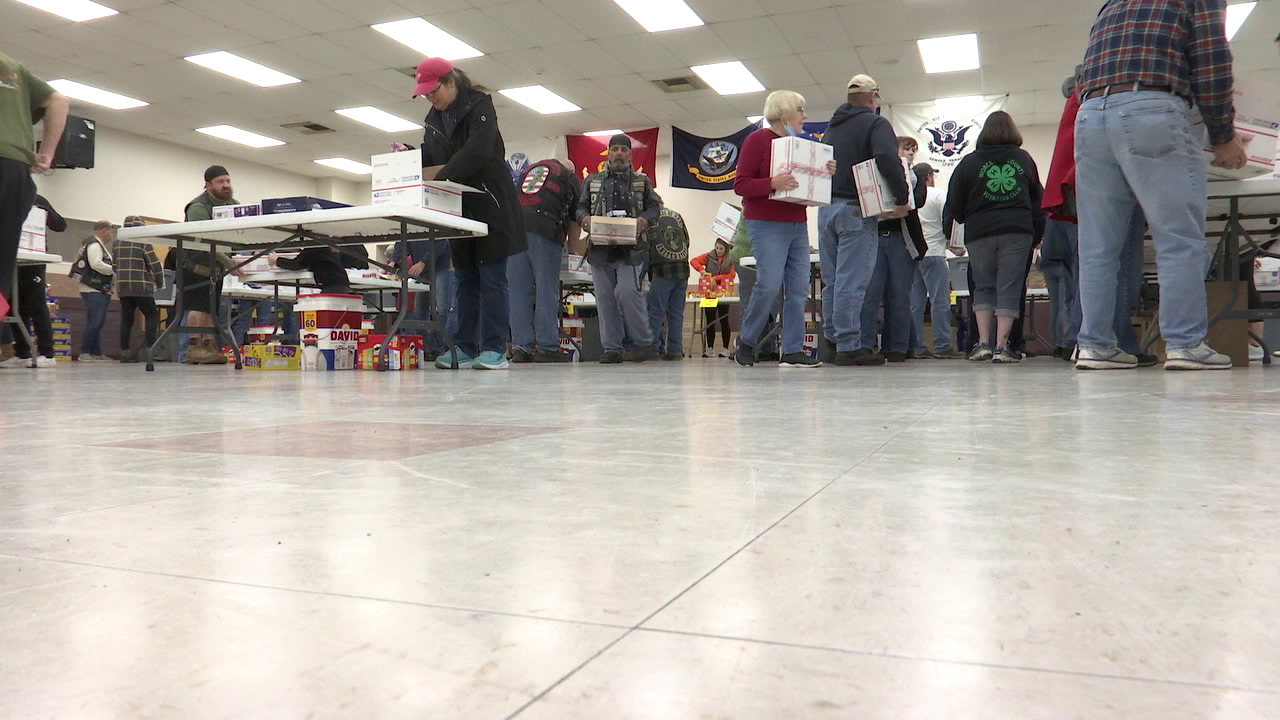 MARDELA SPRINGS, Md. – Operation We Care, along with biker clubs, Maryland officials, and community members met up at the fire department Sunday morning to fill 500 care packages to send to troops overseas for the holidays.

Boxes were filled with toiletries, notebooks, cards, snacks, and candy. To top it off, local students wrote letters and holiday cards to put in the box to give active-duty servicemen and women. Organizers say the boxes are something for the troops to open on Thanksgiving and Christmas and volunteers tell us they were happy to help out.

“I didn’t know what to expect and I came into this army of people all geared up on coffee and donuts at our different stations working together to pack these care packages,” says a first-time volunteer and Director of Operations at NASA Wallops, David Pierce. He adds, “And its a small act, but an act of kindness right, so the more we do it, the better we feel about ourselves and service to our community.”

Meanwhile, local community activist, Harold ‘George’ Jackson, joined in on the day and brought along a 27-year tradition. Volunteers signed Jackson’s scrolls with messages of hope, kindness, and holiday cheer to send to troops in northern Iraq. Jackson tells 47 ABC that he started this tradition years ago just to do something nice for those overseas. He says now it’s flourishing, and giving troops, even more, to smile about.

“I found out how important it is for them, and the letters I get and the pictures and stuff back, it just moves me, it moves my heart every time. So I have to keep doing it I can’t stop,” says Jackson.

If you’d like to find out how you can help out with Operation We Care, just head to their website.