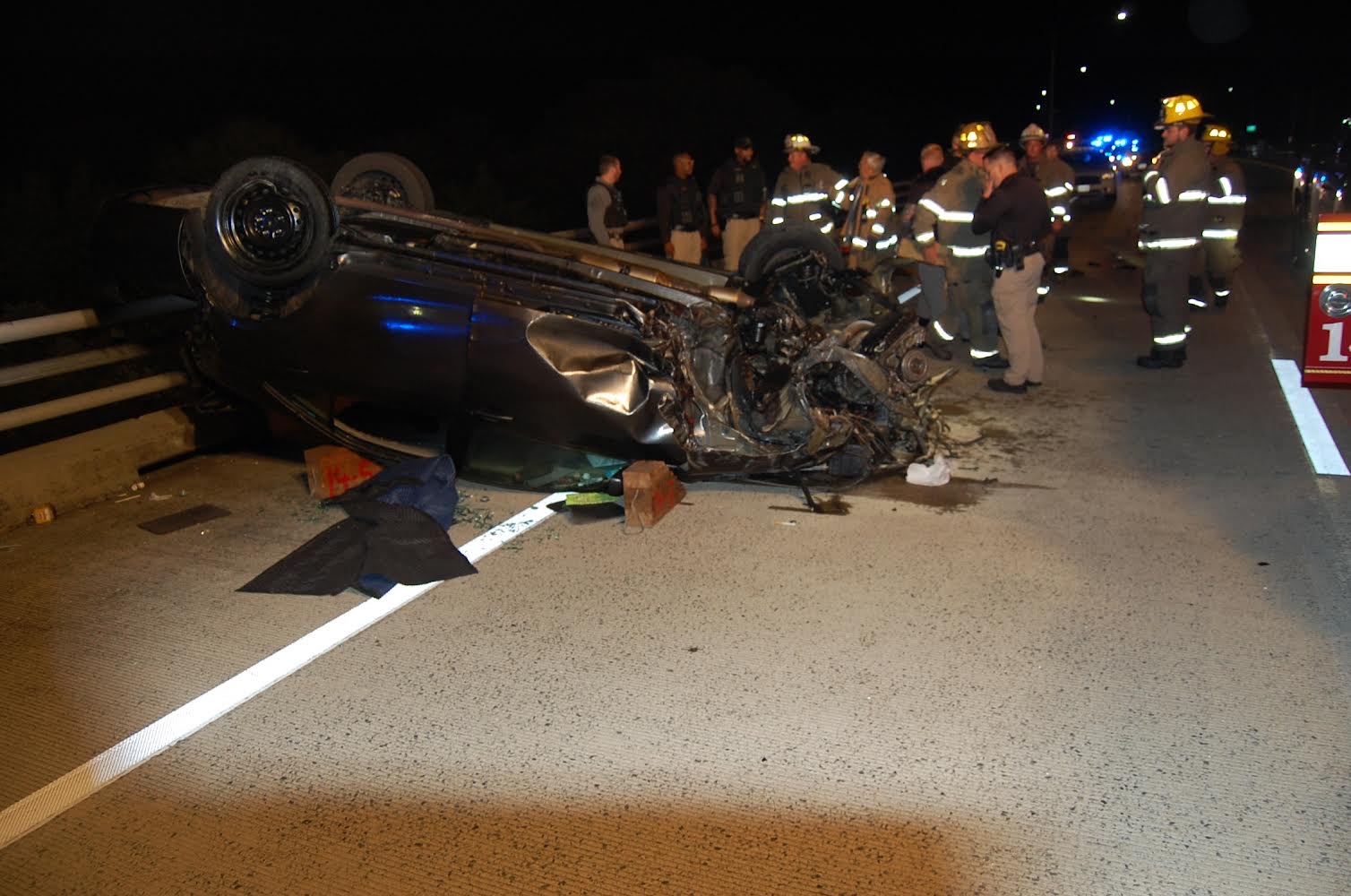 VIRGINIA – Early Tuesday morning, Virginia State Police were called to assist in a vehicle pursuit that began in Maryland.

We’re told Maryland State Police and the Pocomoke Police Department initiated a pursuit on Route 13 after observing a vehicle whose male driver and female passenger had active warrants on file in the state of Maryland. The vehicle was driving at a high rate of speed with no headlights illuminated.

When the vehicle reached the Virginia State line, a Virginia State trooper tried to stop/slow down the vehicle with spike strips, but was not successful. The vehicle continued driving at a high rate of speed on Route 13, at which point Accomack County Sheriff’s Deputies began to pursue the vehicle, which reportedly reached speeds in excess of 120 mph.

As the vehicle crossed into Northampton County, Virginia State Police took the lead on the pursuit, notifying Chesapeake Bay Bridge Tunnel personnel that the vehicle was approaching the tunnel at a high rate of speed and to ensure that no one was in the toll lanes.

The vehicle sped through the toll plaza at approximately 90 mph, continuing southbound on the bridge. Bay Bridge Tunnel police tried to slow down the vehicle due to bridge repairs that had one lane closed, but were unsuccessful. The vehicle then approached the North Channel high rise, lost control, and hit a curb, spinning the vehicle out of control before flipping over and landing on its roof.

Northcraft and Bowman were reportedly not wearing their seatbelts at the time of the crash and both suffered major but non-life-threatening injuries. They were flown from the scene to Norfolk General Hospital, and State Police flew with both subjects due to Northcraft being combative with rescue personnel.

Maryland State Police, Pocomoke Police, Accomack County Sheriff’s, and Virginia State Police will be taking warrants out on Northcraft. The Commonwealth Attorney, Jack Thorton, was contacted and responded to the scene of the crash. He will be assisting in the ongoing criminal investigation.