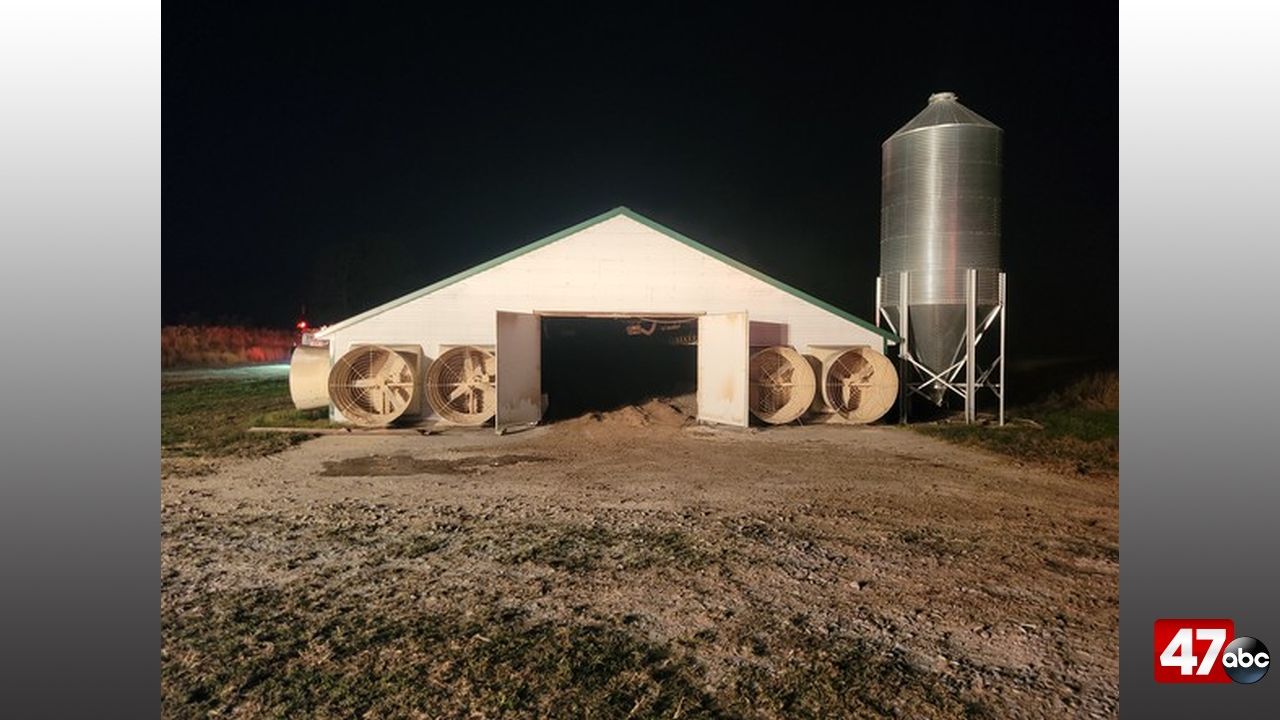 SALISBURY, Md. – A chicken house was damaged Wednesday evening due to a vehicle fire, officials say.

We’re told the fire was reported shortly before 8:30 p.m., at 5623 Mt. Hermon Church Road. The Salisbury Fire Department responded to find a 2008 Ford Pickup Truck on fire inside a chicken house.

We’re told there were no chickens in the chicken house at the time of the fire, as they were picked up hours before the fire. The truck was being driven in the house to pick up trash and leftover debris when the fire took place. The chicken house sustained minor fire and heat damage.