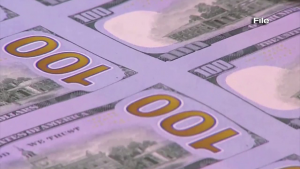 MARYLAND – U.S. Senators Ben Cardin and Chris Van Hollen are requesting almost $11.2 million for projects on the Eastern Shore for Fiscal Year 2022. They say those projects will be geared towards infrastructure, job development, and environmental conservation.

In Dorchester County, $5 million dollars would go towards restoration projects at the Chesapeake Marshlands National Wildlife Refuge Complex, if the money is approved. Fish and Wildlife Services is currently working on a project to restore between 800 and 1,000 acres of marsh. They say they would use thin layer placement, living shorelines, invasive species control, and other management strategies to protect the land.

In Cambridge, $1.4 million is requested to redevelop the former Phillips Packing Company Factory F. The goal there is to grow economic opportunity and tourism. The senators say federal funds would help finish the physical buildout and buy necessary equipment for a fully functional commercial kitchen. The 411 Kitchen would be a shared-use kitchen to promote food entrepreneurship in Cambridge.
Also in Cambridge, the senators are asking for $504,000 to replace sewer lines installed in 1912, and even earlier. The sewer lines are in the a low-income neighborhood, and would cost about $800 per linear foot. The work would consist of replacing the sewer main and house service laterals to the road right-of-way line, and restoration of the street surface once the replacement is done.
Meanwhile in Somerset County, $3 million is requested to help complete a walking and bicycling trail. The trail would eventually link Westover to Crisfield. As of now, 4.7 miles of the trail have been completed. The trail lies along an abandoned railroad bed, and there’s still about eight miles of work to be done. Also in Crisfield, $750,000 is requested to construct an airport hangar at Crisfield-Somerset Airport. The senators say the new hangar would help the airport grow and possibly increase tourism in Somerset County.
Lastly, $500,000 would go to the Salisbury-Ocean City Wicomico Regional Airport. The senators say the money would help extend a runway and taxiway, in order to hopefully meet the needs of the local air carrier, create more air service and airline jobs locally, and support future growth and demand at the airport. The FAA has approved the runway extension in the Airport Layout Plan.
The senators also requested millions of dollars for projects in other parts of Maryland. On the Eastern Shore, the requested funding comes out to a total of $11,154,000.
Categories: Local News, Maryland, Money
Tags: 411 kitchen, bike trail, cambridge, chesapeake marshlands national wildlife refuge complex, crisfield-somerset airport, dorchester county, fiscal year 2022, fish and wildlife services, maryland, phillips packing company, runway extension, salisbury, salisbury-ocean city-wicomico regional airport, senator ben cardin, senator chris van hollen, sewer lines, somerset county, walking trail, wicomico county