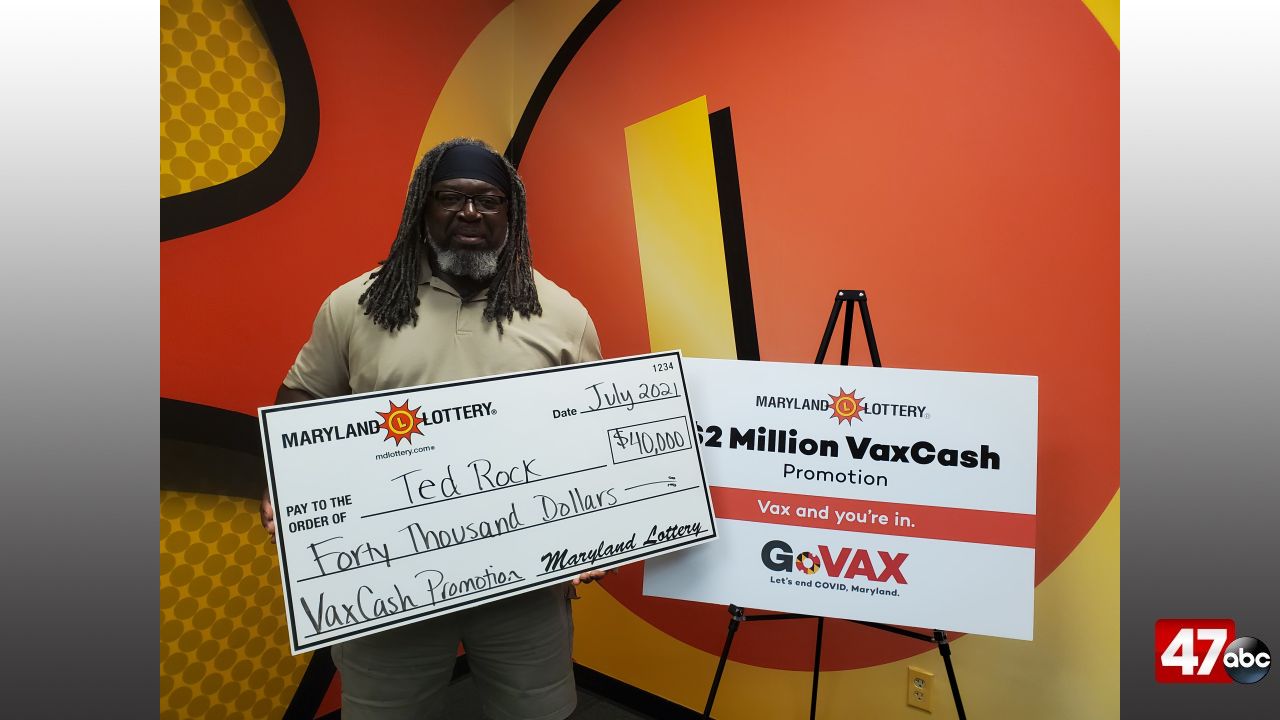 Denton resident Ted Rock was selected as a winner in the July 2nd drawing. Rock told Lottery officials that he received his first vaccine in early April in preparation for planned international travel. He explained that the vaccine was necessary to protect himself and his family members from the virus as they returned to a sense of normalcy.

Rock also said, “My wife made me do it”.

The 57-year-old U.S. Marine Corps veteran said he was in the middle of a workout when he got a call from a Maryland Department of Health representative informing him of his win. He said he hates getting shots and was initially unsure of the vaccine, but was glad he got it when he did, because it gave him the Lottery luck he’s been hoping for quite some time.

Rock is a former Morgan State University strength and conditioning coach and runs his own training program, Holloway Formula Fitness and Sports Performance. He said his clients are returning slowly as reopening continues, but the VaxCash winnings will give him a bit of breathing room. He also says he will use a portion of the prize for home improvements and the children’s college fund.

Local sorority in the spirit of giving, fundraising for high school students