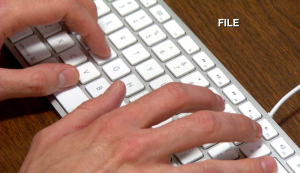 MARYLAND – The Maryland Department of Labor is reporting that they have detected more than 508,000 fraudulent new unemployment insurance claims since the beginning of May. “With fraudulent activity rampant in unemployment insurance programs across the country, Maryland has consistently adapted and added new security measures to prevent, detect, and report fraud,” said Maryland Governor Larry Hogan.

The department says they’re dealing with a record number of unemployment claims amid the COVID-19 pandemic. That’s why they say they have what they’re calling “aggressive security measures” in place. “As the economy recovers and states across the country continue to opt out of the federal benefits programs, bad actors are becoming more brazen and aggressive in their attempts to exploit unemployment insurance programs than ever before,” said Labor Secretary Tiffany  Robinson.

As of Monday, more than 1.3 million claims were found to be fraudulent. The department is also warning people to be wary of scams. “I strongly encourage all Marylanders to remain especially vigilant in the coming weeks to protect themselves against scams and identity theft,” said Robinson.