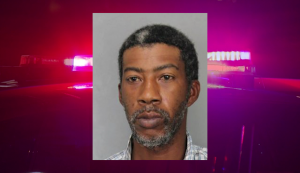 Police say around 11:31 p.m. a 59-year-old man was at the Merrill Lynch Wealth Management Office ATM on Coastal Highway. That’s when police say Gross walked up behind the victim, put him in a choke hold, and threatened to shoot him if the victim did not give Gross money. The victim was able to escape after struggling with Gross. Police say Gross let the victim go back to the ATM and finish his transaction to get his bank card.

Gross allegedly continued to threaten the victim as he tried to get back into his car. Police say Gross then stole two cellphones from the victim, and took the keys out of his car’s ignition. The victim then reportedly grabbed Gross’ shirt as he tried to run away, but couldn’t hold him. A witness who saw the incident chased Gross, and was able to recover the victim’s cellphones and car keys.

Trooper were able to arrest Gross about 15 minutes later as he was walking along Coastal Highway. Gross was taken to Troop 4, where investigators were able to connect him to another robbery that happened on June 16th. Investigators say Gross went into the Anchorage Inn on Coastal Highway around 9:34 that evening. That’s when police say Gross asked to change from the front desk clerk. Police say Gross watched the clerk retrieve the money, then asked for a different amount when he came back to the desk. Gross allegedly followed the clerk as he went to get the newly requested money. Police say Gross shoved the clerk to the ground and grabbed a bank bag. That’s when police say the clerk and Gross started fighting, before Gross ran off with an undisclosed amount of money.

Gross is now facing a number of charges, including first and second degree robbery, theft under $1,500, resisting arrest, offensive touching, and menacing. Gross was arraigned at Justice of the Peace Court #3, and committed to Sussex Correctional Institution on a $27,200 secured bond.