Worcester County declared itself a Constitution Sanctuary, rather than a 2A Sanctuary 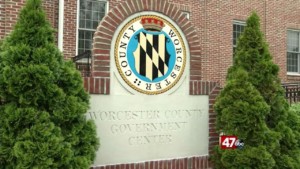 When speaking with the President of the Worcester County Commissioners, he told us the Sheriff wanted to do a proclamation, saying that the county was a 2A Sanctuary.

A Second Amendment Sanctuary is a state, county, or municipality that adopts laws or resolutions that help block the enforcement of certain gun control measures.

But I’m told some members of the county commissioners didn’t agree.

The President said he didn’t feel comfortable with making the area a 2A Sanctuary, unless he had the consensus of the entire commissioners.

In an April 20th meeting, the idea was discussed.

And a motion was made to include the entire Constitution and Bill of Rights, rather than just the Second Amendment.

This motion was then declared at Tuesday’s meeting.

“We decided that no one amendment is more important than the other in our view, we as we were sworn in we were sworn in to protect the constitution and all the material thereof,” Joseph M. Mitrecic, President of the Worcester County Commissioners, said.

We’re told the vote during the April meeting was 6 to 1.

We did reach out to the Worcester County Sheriff to get his thoughts on the decision, but he did not get back to us.