One dead after fatal crash in Prince George’s County 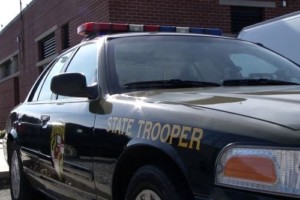 COLLEGE PARK, Md.– Maryland State Police are investigating a fatal two-vehicle crash in which one person died and another was injured early Saturday morning in Prince George’s County.

Police say around 3:30 a.m. troopers from the College Park Barrack responded for a report of a multiple vehicle crash.

According to the investigation the driver of a 2011 Honda Accord for unknown reasons left the road and crashed into a 2011 Porsche Panamara, which was disabled on the shoulder of the highway.

The Porsche caught fire because of the crash and the male driver was trapped inside.

That victim, whose identity is pending, was declared deceased at the scene.

The passenger of the Honda, a 24-year-old female, was taken to the University of Maryland Prince George’s Hospital Center for treatment of her injuries.

The driver of the Honda, Shamori Hodge was taken to the Maryland State Police College Park Barrack before being released to a family member.

The cause of the crash remains under investigation by the Maryland State Police Crash Team.