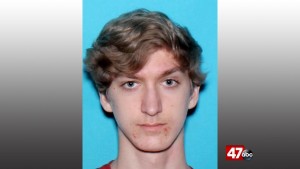 Police say on Wednesday around 6:30 p.m. they were dispatched to the 300 block of Mayor Lane for a report of an assault in progress. The first Felton Officer to arrive on scene was met by a crowd of people pointing at a man sitting in the street.  Felton Police learned the man was in fact the suspect in the reported assault.

He was identified as 19-year-old, Matthew James Hawke of Dover. An investigation revealed that Hawke allegedly went up to a 58 year old male victim he did not know and punched him in the face for no reason.

Felton Police approached the the 19-year-old attempting to take him into custody but, he resisted arrest by jumping to his feet and advancing on the officer refusing commands to stop.  We’re told a taser was used on Hawke, however, he was still combative with police.  Additional units from the Harrington Police Department, Camden Police Department and Delaware State Police arrived on scene to assist where Hawke was eventually taken into custody.

Officials say Hawke kicked and spit on a Police Officer during the struggle.  He was finally restrained in the back of a Felton Police Car and taken to a local hospital for evaluation.  Hawke also allegedly ripped the wiring out of the headliner going to the rear in-car camera disabling the camera.

Hawke was arraigned by Justice of the Peace Court #7, issued a no contact order with the victim and released on his own recognizance pending a later court date.