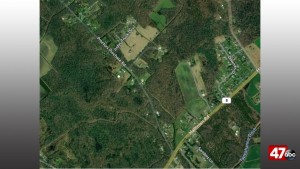 Police say the investigation began around 4:29 a.m., Wednesday, when troopers were dispatched to a 9-1-1 call for a report of a person shot and multiple people stabbed in the 700 block of Proctors Purchase Road. Upon arrival, troopers secured the scene and escorted Emergency Medical Services into the home, where they found numerous people with injuries.

Initial investigation revealed several occupants were in the home watching tv and playing games. That’s when police say a 37-year-old Ridgely man became enraged and began attacking the others with a knife. At some point during the altercation, one of the stabbing victims retrieved a shotgun and shot the knife-wielding man in the leg.

The 37-year-old Ridgely man was transported to Bayhealth Kent General where he was pronounced dead.

This incident remains an active and ongoing investigation conducted by the Delaware State Police. Anyone with information on this incident should contact Sergeant S. Yeich by calling 302-741-2703. Information may also be provided by calling Delaware Crime Stoppers at 1-800-TIP-3333