It’s still spring but temperatures will be heating up over the next several days. The forecast initially had Delmarva approaching 90 degrees late this week, but now it looks like it won’t be as hot as expected due to a back door cold front. It will still be warm and nice overall though. However, the heat may have just been delayed and not denied. Temperatures could approach 90° as we head into the weekend, especially on Sunday. Be sure to stay tuned to updates in the forecast. 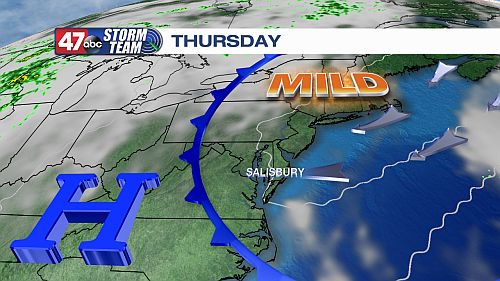 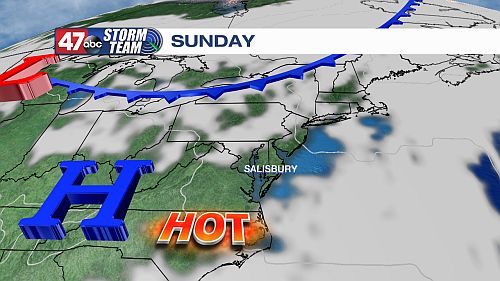 Since we’re approaching summer, these warmer days will become more common, but we still haven’t hit 90 degrees yet this year. Taking a look back at the last five years in Salisbury, the first 90 degree day of the year varies.

Based off our latest forecast, it appears that our first real chance at hitting 90° this year is around the average date expected. 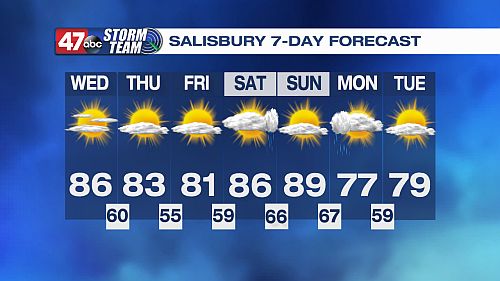