A bill to help students in military families 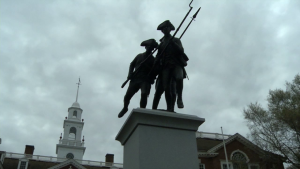 DELAWARE –  Lawmakers are eyeing a bill that would help children in military families adapt to their new schools.

Senate Bill 117 would allow schools to apply to be part of the Purple Star School Program. A program that is designed to help schools respond to the educational and social-emotional challenges military-connected children face during their transition to a new place, by doing things like adding programs to help create social connections. The bill’s sponsor, Senator Bruce Ennis says, “Some of these kids get transferred between countries, states, and they kind of lose out on coordination with the school district.” He adds “I think it’s a great effort to coordinate school services with both parents and the child.”