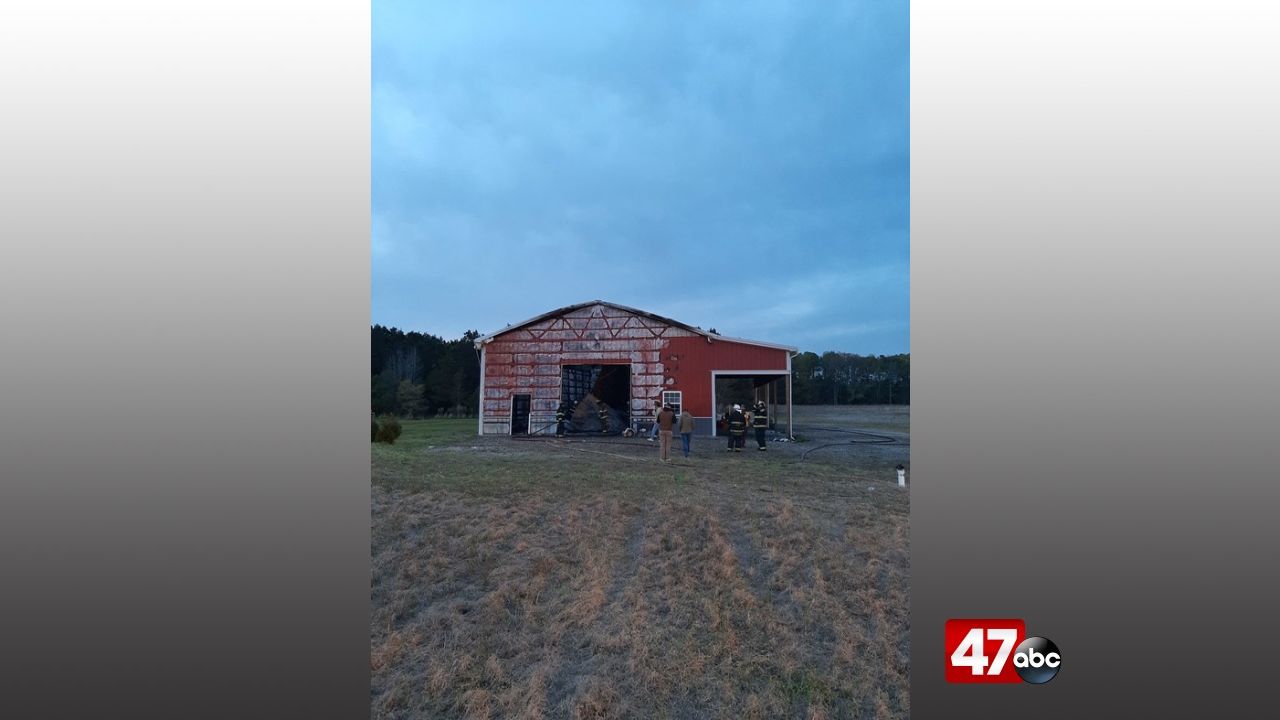 Officials say the barn went up in flames around 6 o’clock on Saturday at 25962 Collins Wharf Road in Eden.

There were no reported injuries or deaths it took 30 firefighters to put out the flames.

Officials say the fire started in the back of the building and was accidental and was the result of an electrical failure.

The estimated loss was 179,000 dollars worth of items and equipment.