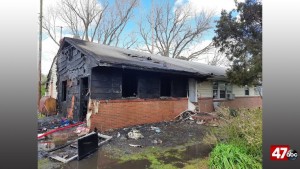 EDEN, Md. — Officials say 11 people are without a home, after a single-family home went up in flames Saturday morning.

Authorities say around 10:30 a.m., a home in the 14-thousand block of Mercer Road caught on fire. The Princess Anne Volunteer Fire Department responded to the blaze. We’re told it took 35 firefighters, 50 minutes to put it out.

Luckily, no one was hurt in the fire, but it caused an estimated $100,000 in total damages.

Investigators say a space heater in one of the bedrooms was being used next to an open container of gasoline, which initially caused the fire.  It has been deemed accidental.

We’re told eight adults and three kids are being assisted by the Red Cross.