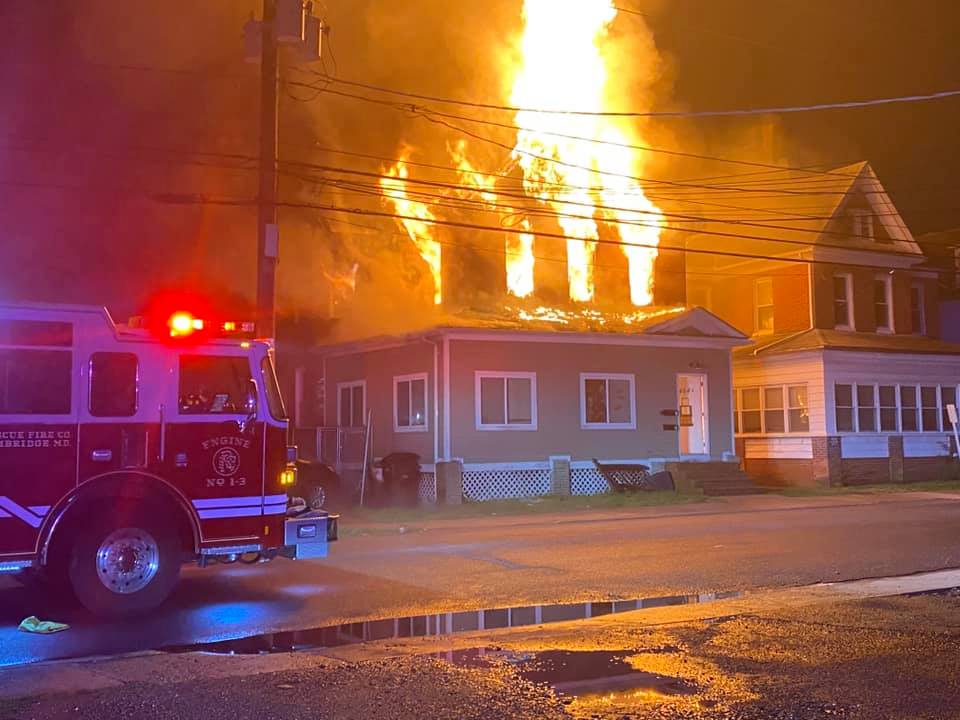 CAMBRIDGE, Md. – Maryland State Fire Marshals are investigating an early morning house fire that claimed the lives of three and injured two others in Dorchester County.

We’re told the Rescue Fire Company responded to the 400 block of High Street in Cambridge just after midnight Thursday after a neighbor reported the blaze. On arrival, fire officials found severe fire conditions coming from the inside of the three story structure that contained two apartments. The fire eventually reached three alarms, bringing in several surrounding fire departments to assist.

It took approximately 75 firefighters 90 minutes to control the blaze.

A 31-year-old female was taken by ambulance to TidalHealth in Salisbury with serious injuries and will be flown to Baltimore for more advanced medical treatments. An 11-year-old was also taken to TidalHealth for minor injuries after a Maryland State Trooper and Cambridge Police Office assisted her off of a landing she escaped to through a window on the second floor. She was treated and later released.