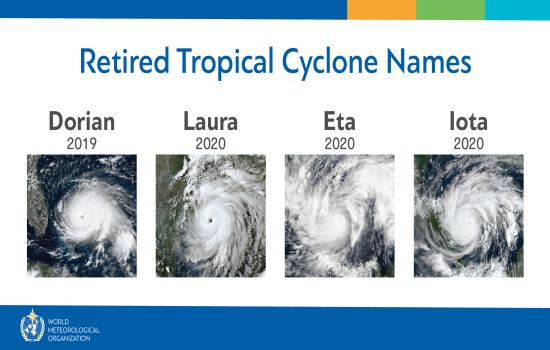 The 4 tropical cyclones retired; consisted of one from 2019 (Dorian) and three from 2020 (Laura, Eta & Iota). Dorian was the strongest hurricane to impact the northwestern Bahamas; as a Category 5 in September 2019. The storm was known for stalling over Grand Bahama Island for an entire day. The reason Dorian was retired now and not last year was due to COVID-19 unfolding at that moment. Dorian will be replaced with Dexter for the 2025 season.

Laura made landfall over Cameron, Louisiana in August 2020, as a Category 4 hurricane. The storm was known for its devastating storm surge; which reached at least 17 feet above ground level. Laura will be replaced with Leah for the 2026 season. Hurricanes Eta & Iota impacted the northeast coast of Nicaragua near Puerto Cabezas; just nearly two weeks from each other in November. Both storms created extensive flooding and mudslides not just for Nicaragua; but also Honduras and nearby Central American countries. Eta made landfall as a Category 4; while Iota reached Category 5 before weakening to a Category 4 at landfall. The Hurricane Committee agreed to keep the Atlantic hurricane season start day on June 1st for this season, despite the recent trend of pre-season storms. 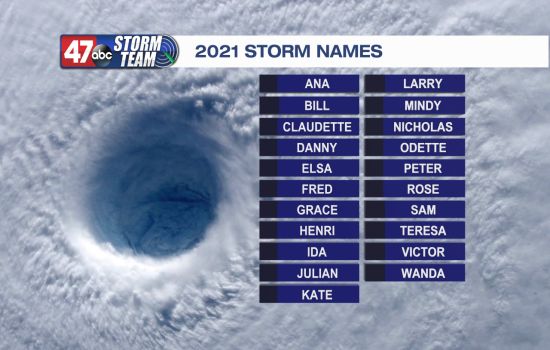 The Hurricane Committee agreed that the 2020 season showed flaws when applying the Greek Alphabet names. These shortcomings ranged from the distracting focus on their names, instead of its impacts; its translation confusion, its pronunciation similarities, along with the retiring of Eta & Iota. The 1st 3 reasons exposed the communications concerns of delivering hazards and storm warnings to its local audience; as 9 storms formed in its 2nd go-around.

Starting with this season, the WMO released a list of supplemental names for both the Atlantic & Eastern Pacific basins to be used once the original list is exhausted. These new lists would also make a storm to be easily replaced with another name when retired. The main difference between both basins are that the Pacific consists of a name for most letters while the Atlantic omits Q, U, X, Y & Z. 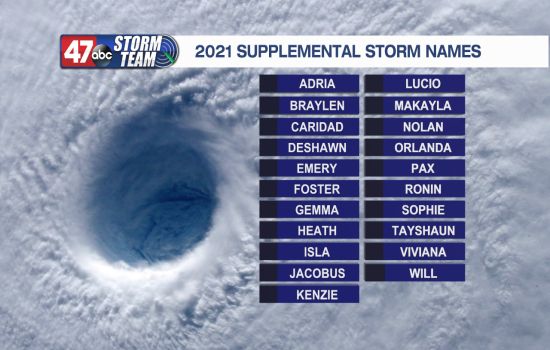 As always, our Storm Team will keep you updated with the latest tropical updates year-round; and if a storm were to impact Delmarva, we will be monitoring it before, during and after it happens.