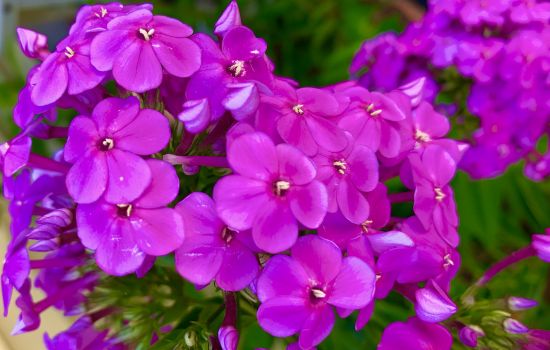 Today is the start of meteorological spring and astronomical spring is just 19 days away on March 20th. While the month of March is known for the beginning of spring, there are signs that spring is starting earlier. 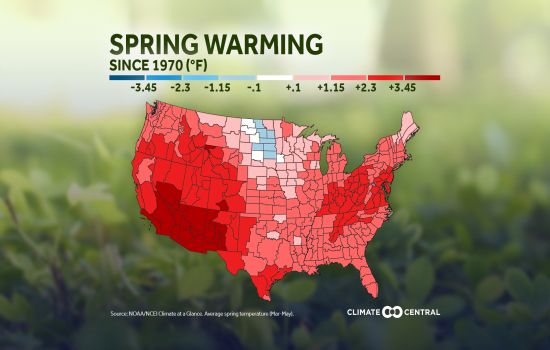 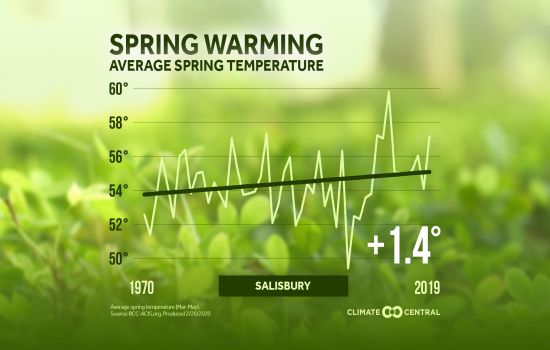 The signs of an earlier spring have been well documented in the animal and plant kingdoms. This shift in seasons especially in the spring and autumn is known as seasonal creep; where spring comes earlier, while autumn arrives later. The cause of this seasonal creep is climate change; due to warming temperatures, especially within the last century. 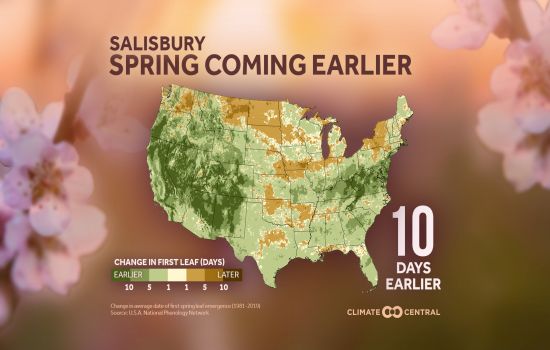 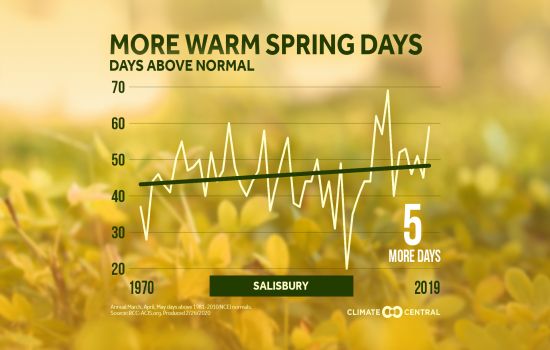 While an earlier spring may seem like good news, it does carry consequences. Flowers and trees that blossom early will require and rely on water for a longer period of time; as it’s growing season has become extended. This extension puts water stress; either through depleted water resources or drought, which will mean fewer rations of water. Another concern for trees and plants; is that an early growing season will lead to an early maturity, which will make it extra vulnerable to a late season frost. A late season frost to a mature crop; could lead to a possible food shortage but also economic impacts.  Earlier ice and snow melt has been associated to increase the severity and length of the wildfire season; especially out West. Other consequences include a persistent invasion of insects, a longer allergy season, and disruptions to animal hibernation and reproduction. 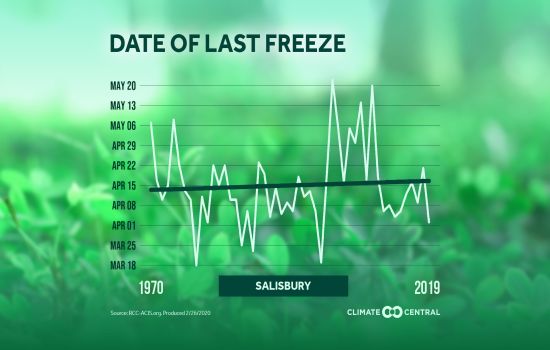 Locally on Delmarva, spring is arriving and warming up quicker than most places east of the Mississippi River. Salisbury has seen their spring (or first leaf) arrive 10 days earlier since 1981. The spring average temperature has warmed up 1.4° in Salisbury since 1970; but Delmarva has climbed even more between 2°-3.5° since 1970. This spring warming has contributed to 5 additional days of above average temperatures in Salisbury since 1970. Although Salisbury has seen warming, the opposite effect is happening involving the final freeze, which occurs later in the spring.  This pattern can still change over time and Salisbury could join the rest of the nation, as long as temperatures continue to warm.

As scientists continue to study the ever-changing effects of a warmer earth, the lengths of each season will continue to change, and our understanding of these changes will become more clear.