National Hurricane Center to issue Tropical Weather Outlooks in May 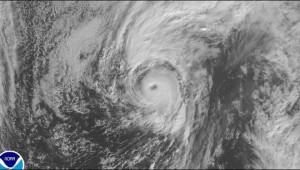 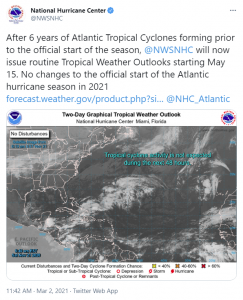 NHC Posting TWO on May 15

Looking back at 2016, there were two named tropical systems before the official start of hurricane season. Hurricane Alex formed on January 14, which was

In 2019, Subtropical Storm Andrea formed on May 20, 2019. And we cannot forget the record breaking hurricane season of 2020. There were 30 named storms. And 9 named storms formed from May through July, which was a record. For those storms that formed during the month of May, there were two: 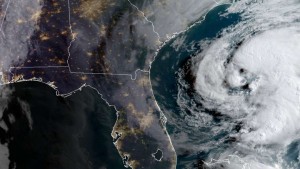 Tropical Storm Arthur on May 16, 2020 and Tropical Storm Bertha on May 27, 2020. These two systems, being named before June 1, made 2020 the 6th consecutive year of a named storm forming before June 1 as the 2015 season also had a tropical storm named in May—Tropical Storm Ana on May 9, 2015. Plus, prior to to the official start of hurricane season on June 1, the NHC released 36 special Tropical Weather Outlooks in 2020, which was a push for them to start posting TWO earlier.

Lastly, as we approach the 2021 hurricane season, the 47 ABC Storm Team wanted to show you the list of storm names this season. The first name on the list is Ana. 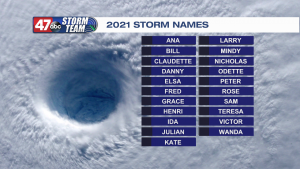