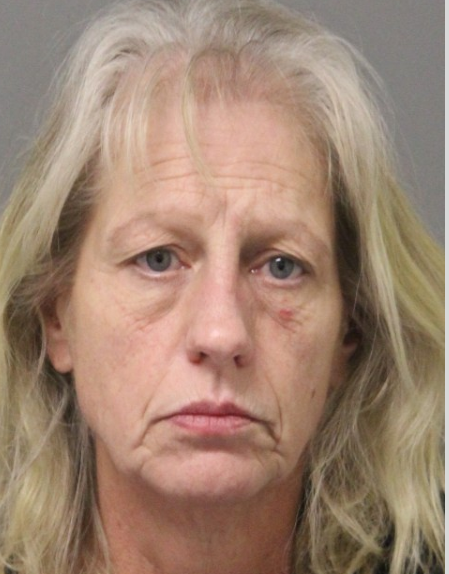 SEAFORD, Del. – A Seaford woman is behind bars after police say she fired a gun during an argument early Thursday morning.

Shortly after 3 a.m., troopers responded to Woodland Drive in Seaford for a report of shots fired. Preliminary investigation revealed that the suspect, 58-year-old Melanie Passwaters, had fired a shotgun into the air near a 36-year-old female and 31-year-old female acquaintance outside a residence in the area.

Troopers then learned that an argument had broken out between Passwaters and the 36-year-old female earlier in the evening before the victim left the residence. The two females reportedly returned to the residence in a vehicle, at which point Passwaters walked outside with a shotgun and approached their vehicle while pointing the gun at it. Passwaters then fired a single shot in the air. The 36-year-old female got out of the vehicle and a physical altercation ensued, during which Passwaters allegedly bit the victim.

Another individual at the residence was able to separate the two and break up the fight. The victim did not require medical attention.

Passwaters was arrested at the scene and charged with possession of a deadly weapon during the commission of a felony, two counts of aggravated menacing, two counts of first degree reckless endangerment, and third degree assault. She is currently being held at SCI on a $5,000 cash bond.