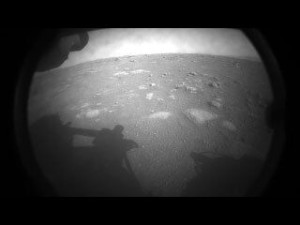 PASEDENA, CA– On Thursday, February 18, 2021, the NASA Perseverance rover landed on Mars just before 4 p.m. ET.  It landed in the Jezero Crater and was able to send back images it took immediately after landing to NASA.

Perseverance was launched into space, on July 30, 2020, to complete the mission named: Mars 2020. It travelled over 292 million miles from Earth to Mars. And the last 7 minutes of the journey were the most crucial. When Perseverance entered the Martian atmosphere, it was reportedly travelling at 12,000 miles per hour. But, in order to ensure a safe landing, it had to slow down to 1.7 miles per hour within 7 minutes. The other concern with the landing was that there is an 11 minute delay between the signals it sends to Earth and vice-versa, which means NASA was not able to intervene during the most difficult part of the journey. Fortunately, the space craft was able to handle this by decelerating, launching a parachute and slowly descending to the ground. 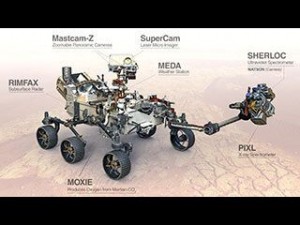 The goal of this mission is for the rover to “seek signs of ancient life and collect samples” from Mars’ surface, according to NASA. The purpose of this is to help NASA explore past habitability. But, the samples are not going to leave Mars anytime soon. Perseverance will seal these samples in tubes and store them until a future mission, when the samples can be picked up and brought back to Earth.

Another important aspect to this mission is that it will help NASA determine how humans can go to Mars. Through these samples, NASA will able to test methods for producing oxygen from the Martian atmosphere, discover resources there and determine environmental conditions. Plus, NASA wants to determine how to fly in the Martian atmosphere and sent the Mars Helicopter, also known as Ingenuity, with Perseverance. 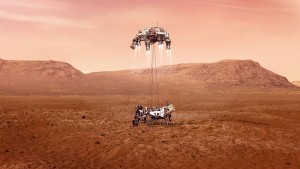 Landing on Mars- Illustration via NASA

The Mars 2020 mission is expected to last at least one Mars year, which is about 687 Earth days. Until the future mission when the samples it collects will be sent back to Earth, it will continue to send images and recordings of Mars back to NASA. Researchers predict that these follow up missions will return these samples to Earth by the 2030s.

To stay up to date with Perseverance and its findings, you can visit the rover’s website.