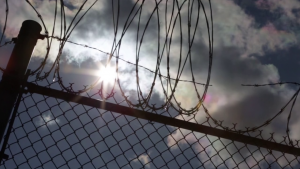 MARYLAND – Local lawmakers and voting rights activists are working to make sure that Maryland’s formerly and currently incarcerated individuals can make their votes count. “Our elections should not leave any voter behind. Yet, we’re having to introduce this bill because there is a particular population of eligible and incarcerated individuals that are shut out of voting,” said Delegate Jheanelle Wilkins.

The Value My Vote Act has bipartisan support in Maryland’s House and Senate. It would require the State Board of Elections to provide information about eligible inmates’ rights as voters. It would also require election information and resources to be provided to inmates during election years. Bill advocates say during the 2020 general election, it was near impossible to ensure that incarcerated people who still had their right to vote could exercise that right. “We need to know how many of these individuals actually received these forms, how many were able to get them back in, how long is it taking for mail to go in and out of these facilities, and so forth,” said Executive Director of Common Cause Maryland Joanne Antoine.

Another part of this bill is simply raising awareness about voting rights. Del. Wilkins says there’s a big misconception among the general public that once you’re put behind bars, you lose your right to vote all together. But she says that’s not the whole truth. “Many of them are pre-trial and awaiting their case, or are serving for a misdemeanor and have the right to vote. But they have limited access to be able to vote,” said Del. Wilkins.

The ACLU of Maryland says this bill could also play an important part in elevating marginalized communities. “This is about ensuring the political power of black and brown people is protected. This is about ensuring that communities who experience elevated levels of policing are not silenced as a consequence of those policing efforts,” said Public Policy Director Caylin Young.

47ABC did reach out to the State Board of Elections and Department of Public Safety and Correctional Services. They did not respond for comment. Thursday, the Senate’s Education, Health, and Environmental Affairs and Judiciary Committees will hold a hearing on the bill at 11 a.m.