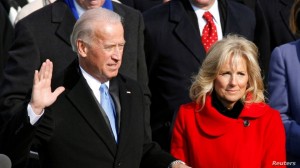 As Joseph R. Biden Jr. is sworn in at 12 PM EST on Wednesday January 20, 2021, the weather is expected to be mostly clear, breezy, and chilly with highs in the low 40s. Wind chills will be in the low 30s. This years weather will be quiet for Inauguration Day, but it hasn’t always been that way for other Presidential Inaugurations. Weather has played a vital role.

According to the National Weather Service, the average high and low temperatures for the Nation’s Capital on January 20 is 43 degrees and 28 degrees, respectively.  The average noon temperature is 37 degrees. There is a 1-in-6 chance for rain and a 1-in-10 chance for snow.

The first time an inauguration occurred on January 20 was in 1937 for Franklin Delano Roosevelt’s second inauguration, and it was a rainy one. The noon temperature was 33° but it was a cold rain with 1.77″ of rain falling, which is the wettest Inauguration in history.

Rainiest Inaugurations of all time: 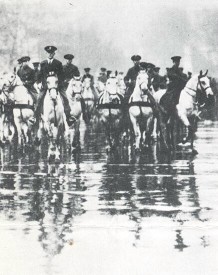 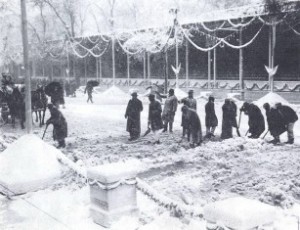 Picture of a snow cleanup crew at the William Taft Inauguration

There were also some tragic stories due to the weather on past Inaugurations. In 1841, President William Henry Harrison gave an almost two-hour long speech in the cold, rode a horse to and from the Capitol without a hat or coat, developed pneumonia, and died one month later. In 1853, President Franklin Pierce was sworn in on a cold and snowy day. Abigail Fillmore, First Lady to the outgoing President Millard Fillmore who was outside during the snowy Inauguration Day developed a cold that turned into pneumonia. She died at the end of the month.

For more historical weather information from past Inaugurations, you can click here.