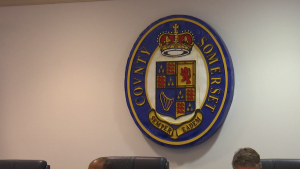 PRINCESS ANNE, Md. – Somerset County Commissioners voted unanimously to adopt a city ordinance on Kari’s Law at a Commissioners’ meeting Tuesday. Kari’s Law requires direct 911 dialing in multi-line telephone systems. Those systems can require a caller to dial extra digits of an actual phone number. They can typically be found in office buildings, schools, and hotels.

Kari’s Law is named for Kari Hunt who was killed back in 2013 in Texas when she brought her three children to visit their father, Hunt’s estranged husband Brad Allen Dunn. During the visit, Dunn attacked Hunt in the bathroom of their motel room. Their nine-year-old daughter tried calling 911 from the motel room phone. But she had difficulties because she didn’t know that you needed to dial 9 to dial out, before dialing 911. Kari Hunt died from stab wounds.