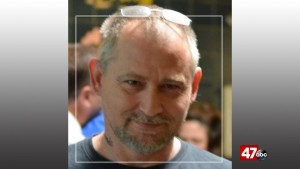 Police say Jennings was last seen on this morning at 3 am in the Dover area. Attempts to locate or get in contact with Jennings have been unsuccessful. Police also say there is a concern for his safety and wellbeing.

Anyone with information on Jennings whereabouts should contact Delaware State Police Troop 3 by calling 302-697-4454.