47ABC catches up with Mixed-ish stars ahead of season premiere 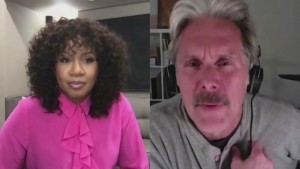 DELMARVA – The second season of Mixed-ish premieres Tuesday at 9:30 p.m. 47ABC got a chance to sit down with two of the stars. Gary Cole and Christina Anthony play Harrison Jackson III and Denise.

Anthony says this season you can expect the cast to be exploring themes like new identities. “It’s not just racial identities but also just how they want to define themselves in the world and be adults as well. Because we’re in the time of COVID, we had a smaller cast with a lot of relationship-based stories and really intimate stories set in the home,” said Anthony.

Cole tells 47ABC that filming during COVID-19 was a bit challenging for the first few days that they were back on set. But he adds that everyone got back into the swing of things pretty well once they got used to the safety precautions. “It amazingly up to this point – and I’ll knock on wood here – went fairly smoothly. I thought everything would be slowed down significantly and that doesn’t seem to be the case,” said Cole.