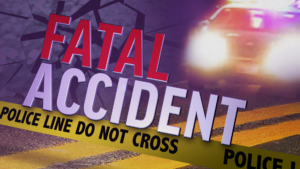 Troopers responded around 7:44 PM to the area of Route 50 and Sixty Foot Road for a single vehicle accident. A preliminary investigation revealed the vehicle was traveling westbound on Route 50, west of Sixty Foot Road, when it traveled off of the right side of the road, hit a tree and caught fire. The driver was able to safely get out of the vehicle but the passenger was trapped inside and pronounced dead at the scene.

Police are not releasing the names of the people involved until their families are notified. The Maryland State Police Crash Team member responded and is conducting the ongoing investigation. Assistance was provided by Parsonsburg Fire Department and MDOT State Highway Administration personnel.

The Wicomico County State’s Attorney’s Office has been notified. Route 50 is expected to be closed as the investigation continues on Friday night.

Click here for an update on fundraising efforts for the family.

Trimpers Ride's Carousel Switches to LED lights to save on power