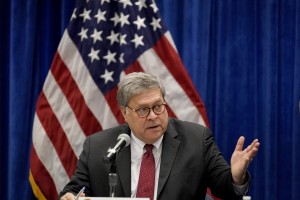 WASHINGTON — According to President Donald Trump, Attorney General William ‘Bill’ Barr will be leaving his position at the Department of Justice on December 23, 2020.

In a series of tweets, President Trump says Barr will be quote, “leaving just before Christmas to spend time with his family for the holidays.” AG Barr has served in his position for nearly two years.

Biden sees polling surge, with momentum that could carry to midterms