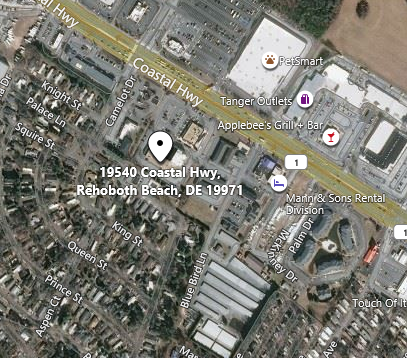 Delaware State Police say they have identified the suspect responsible for shooting a MIlford Police Officer in Rehoboth Beach on Thursday.

Police say 37-year-old Evelio Rivera of Reading, PA was the suspect in the shooting in the Econo Lodge Inn & Suites Resort parking lot on Coastal Highway. During the incident, Rivera was also shot during the exchange of gunfire and was pronounced dead at the scene.

The investigation remains active and ongoing. Anyone with information regarding the incident is asked to contact Captain P. Sawyer by calling 302-741-2727.

Members of the Taskforce who located the wanted subject were officers from Delaware Stae Police, Milford Police Department, and Probation and Parole. When officers contacted the subject, an exchange of gunfire took place, during which the Milford Police officer was shot.

The 38-year-old officer is a 13-year veteran with the Milford Police Department and assigned full-time to the First State Violent Fugitive Taskforce. He is currently in the hospital where is listed in critical but stable condition.

The wanted subject was also shot during the exchange of gunfire and was pronounced dead at the scene. Police located a handgun at the scene. The subject’s name is being withheld pending notification of next of kin.

“My thoughts — and those of every person in this Department — are with a Milford police officer who was hospitalized after being wounded during a U.S. Marshals Service operation last night. The U.S. Marshals Fugitive Task Force located an attempted murder suspect who had fled from Pennsylvania and moved to apprehend him when the suspect opened fire. The suspect was killed in the firefight.

Milford is a small town with a dedicated police force – like the rest of our state, the relationships are close. The attempt on this officer and his fellow officers’ lives has only been public for a short time, but I know that his entire community is hurt, angry, and rooting hard for a swift recovery. All of us at the DOJ are, too.

Anyone can say that law enforcement is a dangerous job, but in moments like this it is impossible to capture the inherent risk that our officers accept, head on, every time they go to work. Many of the staff at the DOJ — from our investigators to our chief of staff — were Delaware police officers. We don’t just share a mission; we are a family. We thank all three officers on scene last night for the bravery it takes just to do their jobs. And we are praying for this courageous man with all our hearts.”

The Rehoboth Econo Lodge also released a statement, saying “The entire Econo Lodge family is praying and hopeful for the injured law enforcement officer to make a complete and speedy recovery, and our thoughts and condolences go out to the deceased’s family and friends. At this time, we cannot give any details on the deceased’s identity as he was not a registered guest at the hotel. Details are still developing, and we are cooperating with law enforcement officials in their investigation.”