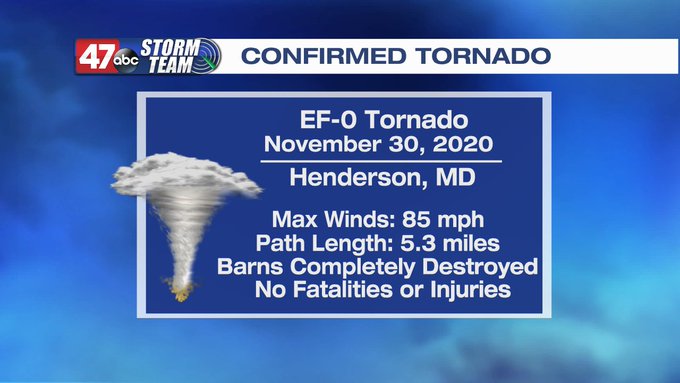 HENDERSON, Md. – The National Weather Service has confirmed that an EF-0 tornado passed through Caroline County on Monday.

We’re told the tornado touched down along Maryland State Route 313 at 3:13 p.m., just south of the Caroline-Queen Anne’s County border, causing damage to several structures, including a small horse barn. It also destroyed two barns near the intersections of Hecht and Zion Roads.

Peak winds are estimated at 85 mph, and it is reported that the tornado traveled a distance of 5.3 miles and was on the ground for roughly seven minutes before dissipating near the Delaware border just south of Templeville.

No injuries or deaths were reported.