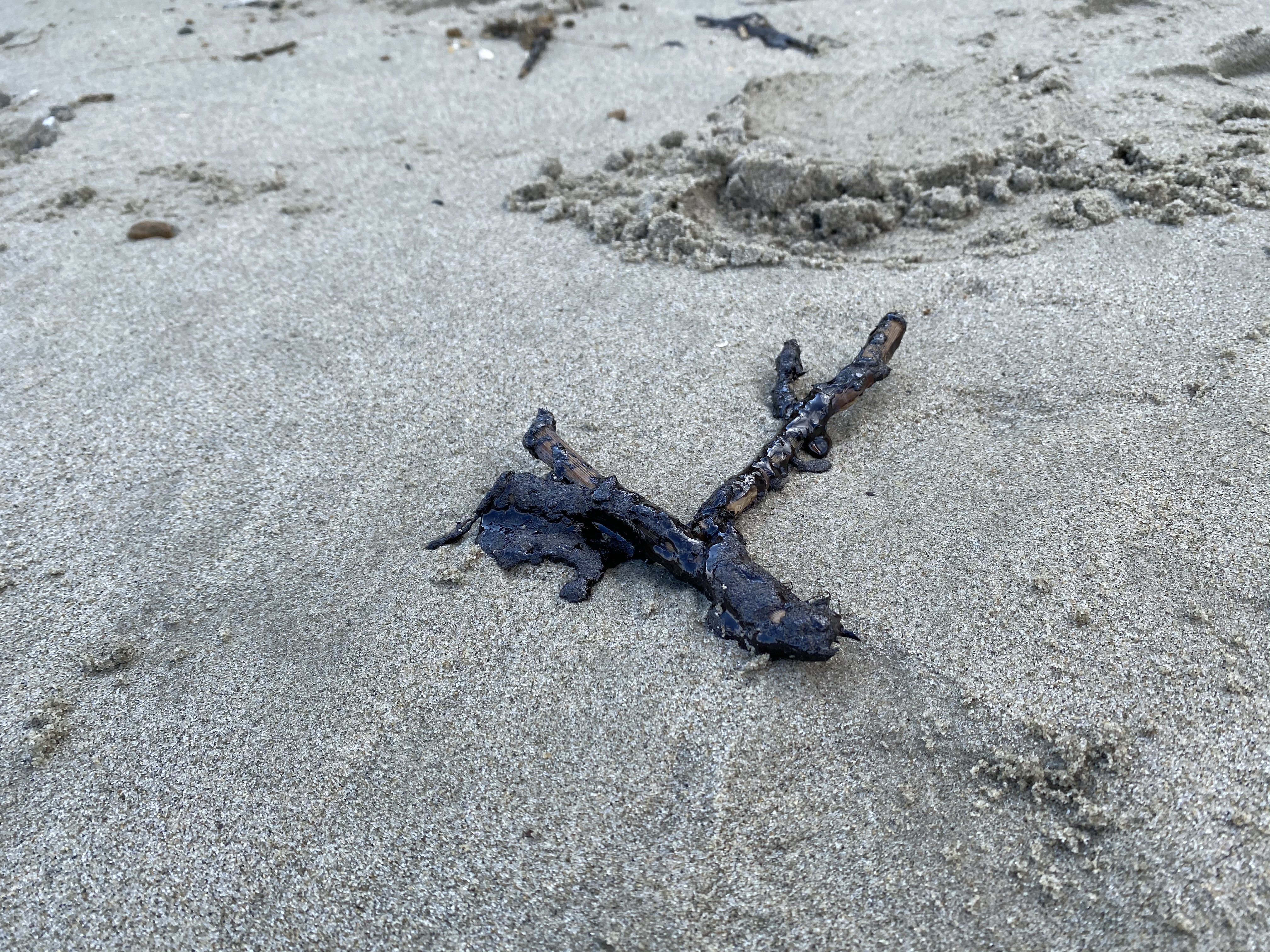 OCEAN CITY, Md. – The Maryland Department of the Environment has joined the U.S. Coast Guard and the Delaware Department of Natural Resources and Environmental Control in a joint cleanup effort of weathered oil called tar balls and oiled debris scattered along the shoreline from Bowers Beach, Delaware, to Ocean City, Maryland.

As crews continue to clean up, beachgoers are strongly advised to stay out of the water and avoid walking along the wrack line, where oily debris is deposited by each high tide. The oily debris that has come ashore has forced the towns of Lewes, Dewey Beach, and Bethany Beach to close their beaches until further notice. The 4-wheel drive surf fishing crossing at Delaware Beach Plum Island Preserve, managed by Delaware State Parks, also remains closed so cleanup operations will not be hampered by vehicles tracking oil onto the sand.

As of late Tuesday, cleanup crews of more than 100 personnel had successfully recovered about 65 tons of oily debris and sand from Delaware beaches.

DNREC Secretary Shawn Garvin says they are not sure how long oily debris will continue to wash up along with the tide, as oil can be persistent in the marine environment. “Our environmental professionals are persistent too. They’re out there, working up and down the coastline, getting it out of the sand as much as possible,” Garvin says.

He also says he has put out a call for additional resources from within DNREC this week, and their response has been outstanding.

Crews have surveyed the stretch of coastline by air, land, and sea. Officials say the oily material that has been spreading along the coast is all from the original amount discovered last week that has been moved repeatedly by the waves and tide, being broken into smaller and smaller pieces. Officials do not believe there is an ongoing or undiscovered patch of oil out in the bay or ocean.

At this time, the Coast Guard has not ruled out any possible sources. We’re told they have sent samples of the oil to be analyzed by their Marine Safety Laboratory for a “petroleum fingerprint” that might help determine the source of the spill. If a source is identified, the responsible party would be required to reimburse the federal government for the cleanup operatiaon.

With Tropical Storm Zeta likely to make working conditions difficult later this week, officials may suspend the cleanup operation temporarily until the storm has passed.