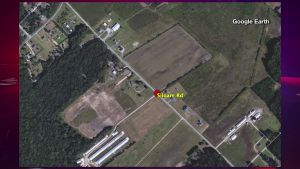 Police say the accident happened shortly after 2 in the afternoon on Siloam Road.

We were told Pollock drove off the road, which caused him to be thrown from his bike. Police say he ended up striking a pole.

Police say no witnesses have come forward and it is unknown why Pollock lost control, but speed does not seem to be a factor.

The area was closed for around 3 hours while Collision Reconstruction Unit investigated the cause of the crash.

Anyone with information on this crash is asked to call the Wicomico County Sheriffs Office at 410-548-4891.