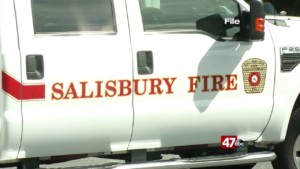 SALISBURY, Md. – The Office of the State Fire Marshal says a 14-year-old from Salisbury was charged on Wednesday in connection with three separate fire investigations.

Officials say the first incident occurred at 4:44 PM on April 14, 2020, in the 1000 block of Roger Street in Salisbury. A fire at a single family house on that street was determined to be arson and caused $2500 in damages.

The second incident happened on August 10, 2020, in an apartment on Second Street in Salisbury. The Salisbury Police Department apparently responded and took a report of destruction of property at the address. Further investigation lead to a joint effort between Salisbury Police Department and the Office of the State Fire Marshal which resulted in the discovery of an attempted arson.

The third arson happened on August 11, 2020, at 11:30 PM at the same apartment on Second Street. This time around, an actual fire in the home caused approximately $30,000 in damages. This fire was also determined to be arson.

After Deputy State Fire Marshals found the juvenile and made him aware of the charges, the juvenile was released to the custody of their parents. All information will be sent to the Department of Juvenile Services for appropriate court action.

The maximum penalty for all of these charges combined is 103 years imprisonment and/or $162,500.00 in fines.