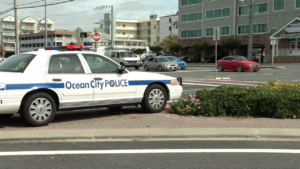 Police said shortly before 11 p.m. troopers responded to the area of 71st St. to assist members of the OC Police Department who were dealing with a disorderly crowd, estimated to include hundreds of people.

An Ocean City officer was attempting to arrest Jonathan Bello, a 23-year-old, of Norfolk, Va, but Bello was resisting arrest and fled on foot.

We are told a Maryland State Trooper went after Bello on foot and upon reaching Bello they both fell to the ground, with the suspect falling on top of the trooper.

Police said the trooper was knocked unconscious and sustained a laceration to his head.

Police said other law enforcement took Bello into custody and responded to assist the trooper.

We are told police determined the trooper was not breathing and immediately attempted lifesaving measures.

Police said due to the situation troopers and officers evacuated the injured trooper from the area in a patrol car and met an ambulance nearby.

The trooper was transported by ambulance to the Peninsula Regional Medical Center in Salisbury where he was treated for his injuries.

Following treatment, he was released from the hospital this morning and is recuperating at home.

Bello is charged with resisting arrest, reckless endangerment, escape, and disorderly conduct.  He is currently awaiting an initial appearance before a court commissioner.