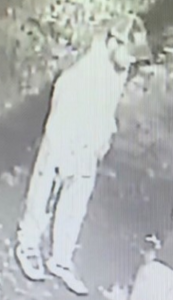 Sussex County, Del.- Delaware State Police are looking for the community’s help in identifying a man who is wanted in connection with felony theft and additional charges.

Police said the suspect is wanted in connection to four incident that happened during the evening of August 13, 2020, at produce stands in the Millsboro and Laurel area.

We are told that the suspect would enter the produce stand and look for a box with cash in it.

Police said if a box with cash was locked, the lock was cut and the money inside was taken out.

Anyone with information regarding the identity of the suspect is asked to call Delaware State Police at 302-232 -3472.