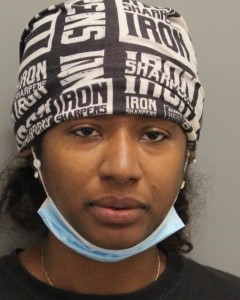 DOVER, Del. – A 24-year-old woman is facing charges after she allegedly pepper sprayed another woman during an argument about an alleged affair.

Breshae Brooks is charged with felony assault after police say she went to an 18-year-old woman’s house on Sapp Drive on Thursday around 11:00 in the morning, and started arguing with the victim about the victim’s relationship with her husband.

Police say the argument led to Brooks then pepper spraying the victim, who suffered chemical burns as a result. Brooks allegedly then fled the scene before police arrived.

Police later met Brooks at her work, and took her into custody.