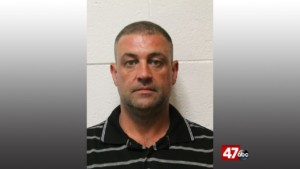 SALISBURY, Md. – A convicted sex offender was sentenced to ninety years in prison on Wednesday.

41-year-old Allen Scarborough was found guilty earlier this year of sexually assaulting two minors between 2010 and 2014.

According to court documents, the victims were between the ages of 8 and 10 at the time.

Scarborough was sentenced in court on Wednesday, after a pre-sentence investigation was done as well as a mental health evaluation.