The unofficial 2020 Delaware Primary Election results are in! 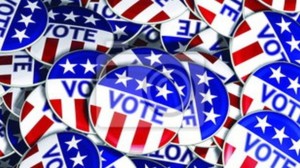 DELAWARE — The unofficial results are in for the 2020 Delaware Primary Election.

The Associated Press has called the race for the democratic party in favor of Vice President Joe Biden, with him getting 90% of the vote. Below are the results:

And as for the republican Primary, early results show President Donald Trump winning with 88% of the vote against his opponent Roque “Rocky” De La Fuente: